Former Child Stars Are Fighting For Labor Reform In Entertainment 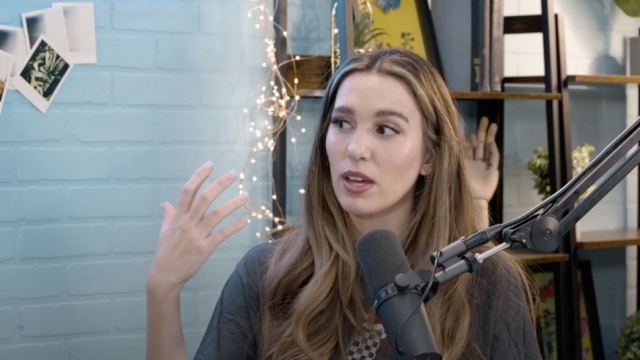 "Where are they now?" is often the go-to question when it comes to former child stars, but today, through podcasts and social media, the celebrities many grew up with on-screen are candidly answering that question themselves.

"I feel like me and all my friends are just waking up from this slumber of trauma, and we're saying, 'Oh my gosh, like, here we are. We're still standing. We're stronger than ever,'" said actress Christy Carlson Romano.

Romano's most memorable jobs may have been her role as the overachieving middle child on Disney Channel's "Even Stevens" or as the crime-fighting cartoon cheerleader "Kim Possible."

Today, she's the host of "Vulnerable," a podcast about the ups and downs of growing up in the spotlight, the need for child labor reform in entertainment, as well as her own experiences with fame, trauma and sobriety.

"I have been sober long enough now where I feel like I can truly be of service to others in my community," Romano said. "My community just happens to look like people you've seen on your TV shows your whole life."

Since the project first started this spring, Romano has interviewed other former child stars, like Will Friedle of "Boy Meets World," Mara Wilson of "Matilda," Jodie Sweetin of "Full House" and Alyson Stoner of "Cheaper by the Dozen."

Fame can put children at risk of sexualization — when sex appeal or sexuality is inappropriately imposed.

There's no poking or prodding in her hour-long interviews. Instead, there's a sense of friendly familiarity and honesty. That's because for Romano and her guests, the topics discussed are as personal as they are timely.

Before the recent death of former teen pop star Aaron Carter, he was scheduled to be a guest on "Vulnerable" to talk about addiction and sobriety.

That's why Romano advocates for child labor reform in entertainment — an issue heightened even more after the fashion brand Balenciaga published a series of controversial ads featuring children surrounded by sex paraphernalia.

"The only thing I really care about right now is the kids that were in those pictures: Are they okay?" Romano said. "It doesn't surprise me, but it's not acceptable, and Balenciaga needs to make amends."

"It's a very multi layered issue," Romano said. "That is exactly why my coalition is gaining steam because it needs to happen."