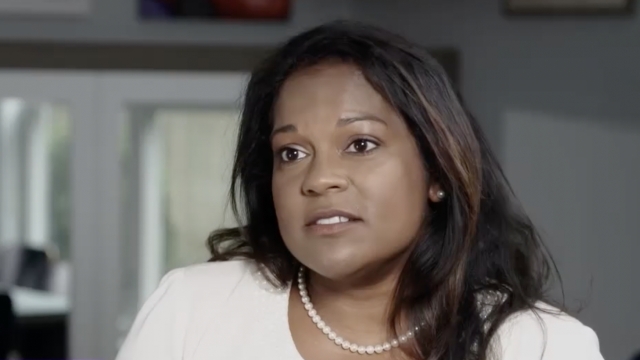 They discuss how they got help amid high stress jobs. The CIA's Director of Medical Services says she sees anxiety, depression, and family problems.

Imagine you're a Black intelligence officer in a foreign country, tasked with recruiting a person who's profiting from slave labor; or spending your nights at the office, watching drone footage of explosions after your mother dies of cancer.

NEWSY'S SASHA INGBER: Do you think that people on the outside understand what intelligence officers go through?

JANAKI KATES: No, I don't. I don't believe that people on the outside can fully comprehend what intelligence officers go through. I was one of the few minority females, and female leaders at the agency. I, because of the stigma around mental health, really felt like I didn't want to admit that I needed help.

Kates had worked in a war zone, but says another battle began after her second son was born.

KATES: Suddenly I woke up after his first birthday and realized, why do I still cry every day coming into work? And why do I still have these thoughts of like, he's going to get really sick, or something really terrible is going to happen?

She was later diagnosed with anxiety and delayed postpartum depression.

For Douglas Wise, also a former senior intelligence officer for the CIA, the particular problem was alcohol.

DOUGLAS WISE: They could smell it on me when I came to work in the morning. So the first time I knew was when, literally, it was an intervention by my colleagues and by my supervisor and literally called me into the office and said, 'you have a serious problem and you need to do something about it.'"

INGBER: Are there a lot of intelligence officers who seek out your advice and want to learn about your experience?

WISE: I would say I probably get a call about every month, every other month.

Where Do Front Line Workers Go For Help With Mental Health Challenges?

Trauma of tragedy, pandemic burnout and long hours may push physicians to need mental health treatment, but stigma keeps them from getting help.

"In a place to keep secrets, there are no secrets when it comes to your personnel file," said Brian Scott, another former senior intelligence officer for the CIA.

Scott calls it a "hallway file."

"If a manager needs to understand what kind of a person he or she is getting in their field office,  or if a promotion board wants to make sure before they elevate someone to a senior rank,  issues that should be handled with confidentiality and only between that officer and his or her mental health support system will be made available to those assignment and/or promotion boards," said Scott. "And once one person knows, it's not a secret anymore."

We sat down with the CIA's director of medical services, who asked that Newsy conceal her appearance and just use her first name, Victoria.

VICTORIA: We are not immune to life. Life happens to our folks just like everybody else. And so we do see anxiety and depression in our workforce. We also see marital issues and family problems and family stressors. And again, sometimes this is related to what we're asking our officers to do, to move around, to serve in different parts of the world, to be away from their families for long periods of time.

INGBER: Some intelligence officers say that they fear seeking any kind of mental health support because they're scared that it's going to jeopardize their career. Is there any truth to that?

VICTORIA: We definitely heard that. And we very much are trying to address it. I would say what's most likely to jeopardize someone's career is if they have an issue and they don't seek out support and it gets worse and worse and worse and then starts to impact their reliability, their judgment and their stability.

She says the stigma around mental health issues has been slowly lifting.

VICTORIA: Senior leaders share their own experiences, both with mental health struggles and with seeking help from our employee assistance program or other resources. And that is really setting the culture and setting the tone that, yes, you can have a problem, address the problem, and still very much succeed in your career.

Kates first saw an agency therapist, then got a recommendation for a professional outside.

INGBER: And what kind of help worked for you?

KATES: I had been trained for so long to keep this facade of "nothing is wrong." My therapist was able to help me latch onto my logical brain and think through, 'why am I feeling this? Where is this coming from?'"

Wise says he went through a 30-day treatment program, followed by two years of counseling and another year of monitoring. He says what really helped him was never feeling judged.

"They're not judgmental," said Wise. "They're not assessing whether you're a good person or a bad person. You are just a person with the disease of alcoholism. The combination of the agency's rehabilitative program and the loving support of my wife, you know, allows me to do this interview today. You'd be talking to me, you know, in front of a gravestone in Arlington is what you'd be doing."

Eventually, he was able to return to every part of his job.

"I ended up as the number two in a national intelligence agency of the most powerful nation in the history of the human race. That says a lot about the intelligence community. And yes, it says a little bit about me, too," said Wise.