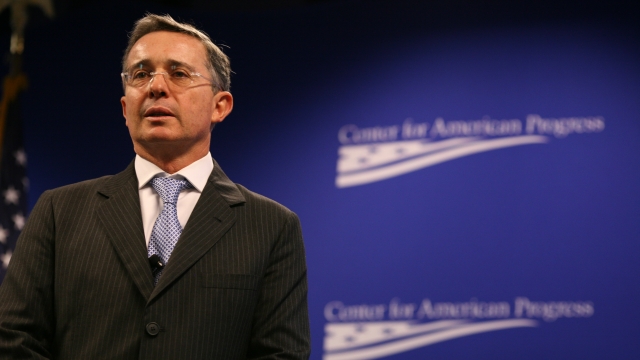 Colombia's Supreme Court has ordered house arrest for former President Álvaro Uribe Vélez on charges of bribery and procedural fraud. He is being processed for his alleged involvement in witness tampering.

Uribe served as president for two terms between 2002 and 2010 and is now a senator.

The court said the decision was made after a "rigorous legal study" showed "possible risks of obstruction of justice." It also said the allegations were allegedly committed during his time as a congressman.

Some residents in Bogotá organized a caravan Tuesday evening to show their support for the lawmaker.

Uribe has denied the accusations against him. He could face up to eight years in prison if found guilty.