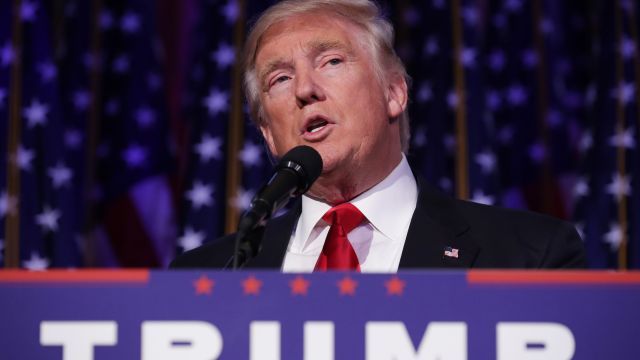 Six members have left the Presidential Advisory Council on HIV/AIDS. They say it's because President Donald Trump "doesn't care about HIV."

Six members left the Presidential Advisory Council on HIV/AIDS. They say it's because President Donald Trump doesn't care about it.

The article notes Trump hasn't appointed a leader to the White House Office of National AIDS Policy, and the office's website was taken down and never replaced — two examples the group uses as evidence of Trump's apathy.

The "final straw" was the way the president is approaching health care reform.

HIV/AIDS patients benefit a lot under the Affordable Care Act, especially from the Medicaid expansion. About 40 percent of people with HIV receive care through Medicaid.

GOP senators are operating with the understanding they may not get any Democratic support passing their Obamacare replacement.

The House version of the Republican's health care bill would drastically cut spending to Medicaid.

And while the GOP bill still mandates coverage for pre-existing conditions, it would allow states to opt-out. That could mean super expensive coverage or no coverage for some HIV-positive people.

The former council members ended their article saying, "We hope the members of Congress who have the power to affect healthcare reform will engage with us and other advocates in a way that the Trump Administration apparently will not."