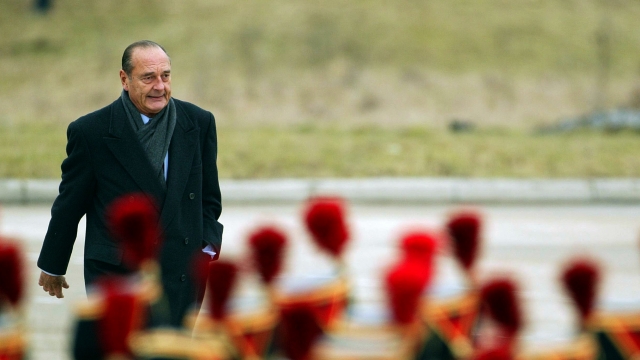 Chirac entered French politics in the 1960s, when he joined the General Secretariat of the Council of Ministers. From there, he quickly moved up the political ladder.

Outside of French politics, he was well-known for his vocal opposition of the U.S. invasion on Iraq.

In 2014, Chirac's family announced he would no longer make public appearances due to ongoing health issues. He's survived by his wife and two children.