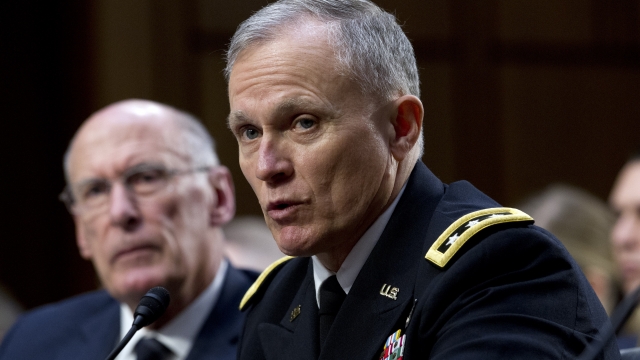 The intelligence community assesses that Vladimir Putin hopes to declare a win by May 9 for a patriotic holiday called Victory Day.

Retired Ltg. Gen. Robert Ashley was the director of the Defense Intelligence Agency from 2017 to 2020. He told Newsy that despite Russia's losses on the battlefield in Ukraine, the country is still a global threat.

"My personal perspective is, you know, the Cold War never ended," he said. "So what we're seeing right now, in terms of losses from an equipment standpoint, is probably 10% to 12%. That attrition will continue as the conflict continues. But right now, I don't see that as something that would prohibit them from operations in other areas. And it's not really that substantial at this point."

The U.S. is racing to send Ukraine an array of heavy weapons before Russia's new offensive in the East begins.

Moscow's effort is being led by Gen. Alexander Dvornikov. When he commanded operations of indiscriminate bombings in Syria, he earned a nickname as its "butcher."

"I would assess that [Dvornikov] has watched the operations as they have unfolded back on 24, 25 February," Ashley said. "He should have a full understanding of the faulty assumptions, of the lack of logistics, of the inability for command and control... And I would say he also has a good appreciation that his career hangs in the balance in the success of operations in eastern Ukraine."

Gen. Ashley says Dvornikov could take time to resupply, prepare logistics, and mass troops. The more flat, open terrain in the East benefits Russia's capabilities. But there's a wrinkle: The intelligence community assesses that Vladimir Putin hopes to declare a win by May 9, for a patriotic holiday called "Victory Day."

"If his timetable is accelerated, then Dvornikov's timetable will be accelerated," Ashley continued. "And he may not be able to put as much forces in place, build up the logistics as he would like. So that increases risk."

Gen. Ashley does not expect Putin to deploy nuclear weapons, or to see his leadership end anytime soon.

President Biden has ruled out enforcing a no-fly zone over Ukraine, saying direct confrontation between NATO and Russia would lead to World War III. Gen. Ashley says the line is clear.

"We've not been equivocating in this at all. If NATO land is at threat, then there will be a NATO response. What that response will be is yet to be determined," Ashley said. "Article Five means nations will do what they deem necessary. Article Five is not an absolute, binary, 'You will send military forces,' and I think a lot of people don't realize that."

NEWSY'S SASHA INGBER: Although Putin has the ability to kind of set the framework and make a victory out of nothing based on his own definition in the moment, do you believe that the Russians will have any victories when it comes to the East?

RETIRED LTG. GEN. ROBERT ASHLEY: What does success look like for Putin? How far in the east does he have to push to declare success? ... You form the narrative but you're always looking at a future operation for the, you know, for taking the capital, and that could happen years down the road. It will not be settled while more Putin is in charge, because he will still have designs on Ukraine.

With the future of the world order at stake, he says U.S. intelligence is looking for every opportunity to find out what's taking place inside the Kremlin.