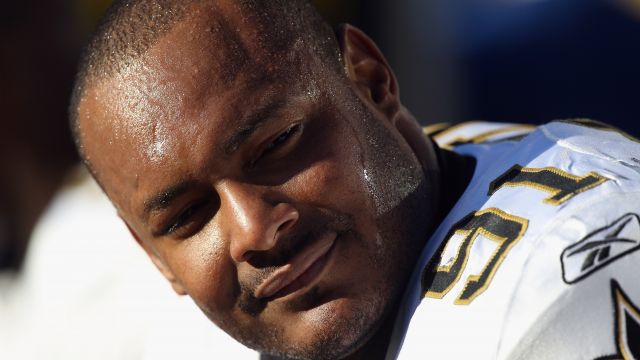 Police say the former New Orleans Saints defensive end exchanged words with a driver who crashed into his car before the shooting.

Police say Smith was driving with his wife, Racquel, when a Hummer rear-ended his Mercedes G63 SUV. Smith and the driver of the Hummer exchanged words. Shortly after, police say the Hummer's driver opened fire.

"I actually spoke with some witnesses last night. ... They said they heard the gunshots, several shots, some saying as many as five. They came rushing out and saw Racquel Smith, Will Smith's wife, on the ground screaming," WWL-TV reports.

Smith was pronounced dead at the scene. His wife was taken to the hospital with two gunshot wounds to the leg.

Saints head coach Sean Payton, who coached Smith for seven of his 10 seasons in the league, tweeted Sunday: "Heavy Hearts w the senseless passing of our Team Capt. Will Smith. Pray for his wife's recovery and their children."

Smith is survived by his wife and three children. A statement on behalf of the Smith family thanked people for the "outpouring of support and prayers" and asked for privacy.

This video includes a clip from Pro Player Insiders and images from Getty Images.