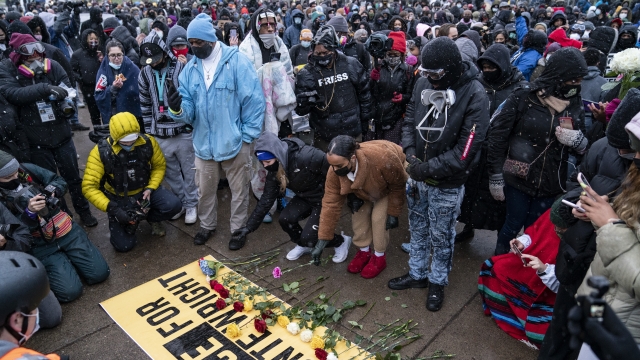 This comes just a day after Kim Potter and the chief of police in Brooklyn Center resigned. Potter had served for 26 years.

The former police officer who shot and killed Daunte Wright in a Minneapolis suburb has been arrested. Kim Potter faces a charge of second-degree manslaughter.

Brooklyn Center's former police chief said Potter meant to reach for her Taser during a traffic stop on Sunday but mistakenly drew and fired her gun instead. But Wright's family doesn't believe it was an accident.

The manslaughter charge carries a maximum penalty of 10 years in prison and is a lower legal bar than a murder charge.