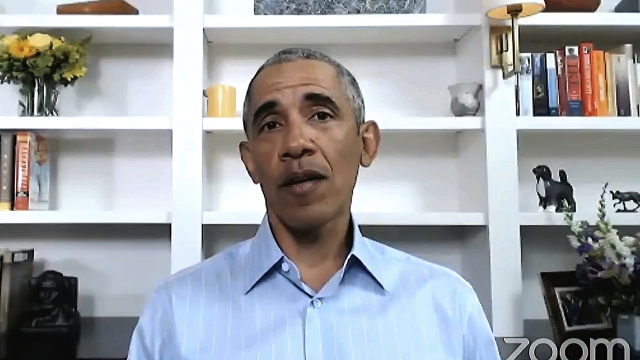 My Brother's Keeper Alliance and The Obama Foundation / AP

Former President Barack Obama is calling for police reform as nationwide protests over the death of George Floyd continue.

During a virtual town hall Wednesday, Obama called for a ban on chokeholds and the establishment of clear use-of-force guidelines within law enforcement departments. He said officers should be required to intervene if another officer becomes too forceful while detaining someone.

Obama took time to address Floyd's family and other families of victims of police violence. He expressed a commitment to fight for "creating a more just nation."

Obama's remarks came as November's presidential elections draw near. President Donald Trump has received backlash from within his administration for his proposals to address the protests.

All former living presidents have now spoken out on the death of Floyd.