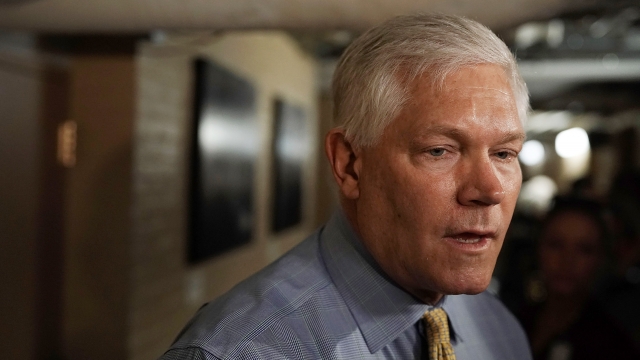 ​According to the Wall Street Journal, the subpoena concerns documents related to Rudy Giuliani's dealings with Ukraine.

According to the Wall Street Journal, the subpoena concerns documents related to Giuliani's business dealings with Ukraine and his efforts to oust the former American ambassador to Ukraine. It also seeks information about any interactions between Sessions, Giuliani and the businessmen who were indicted last week for allegedly funneling foreign money into U.S. elections.

According to the indictment, those businessmen had "committed to raise $20,000 or more for a then-sitting congressman ... during the 2018 election cycle." Around the same time, prosecutors say the businessmen met with the congressman seeking "assistance in causing the Government to remove or recall the then-U.S. Ambassador to Ukraine." Although it does not name the congressman, records of donations to Sessions' campaign matched with the ones specified in the indictment. Sessions also had written to Secretary of State Mike Pompeo in 2018 asking for the then-U.S. ambassador to Ukraine's removal.

Sessions has denied any wrongdoing, saying he didn't have "any knowledge of the scheme described in the indictment or have involvement or coordination of it." He also said his request to Pompeo had nothing to do with the businessmen, and that he made it "after several congressional colleagues [told him] that the current U.S. Ambassador to Ukraine was disparaging President Trump to others as part of those official duties."

A spokesperson for Sessions said the former lawmaker "is cooperating with the U.S. Attorney from the Southern District of New York" and will turn over requested documents within a few weeks.