Former VA Secretary Says He Didn't Resign, He Was Fired 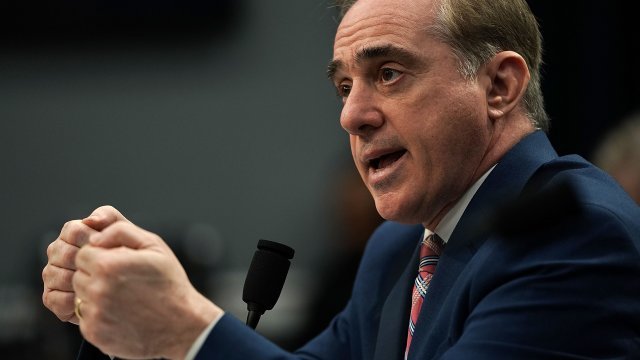 A White House spokesperson said David Shulkin stepped down, but Shulkin says that's not true — and that could have big implications.

Former Veterans Affairs Secretary David Shulkin is maintaining he was fired by President Donald Trump and did not resign.

Shulkin told media outlets Sunday he never signed a resignation letter and that: "There would be no reason for me to resign. I made a commitment. I took an oath, and I was here to fight for our veterans."

He's reiterating that statement after a White House spokesperson told Politico he stepped down.

Rumors started circulating Monday when a fellow lawmaker said the House speaker was getting ready to resign.

The particulars of Shulkin's departure may be more significant than they seem. Politico notes the Federal Vacancies Reform Act of 1998 gives the president broad power to appoint acting employees if an official "dies, resigns, or is otherwise unable to perform the functions and duties of the office." That rule might not necessarily apply if an official is fired.

A law professor at the University of Texas said it's an "open question," but that "there's reason to wonder if Congress would have wanted to give the president such broad ability to fill a vacancy he creates."

The uncertainty leaves the door open for legal challenges to any policy decisions Wilkie makes while in office. But replacing fired officials may fall within the president's authority under the Federal Vacancies Reform Act, according to the Justice Department.