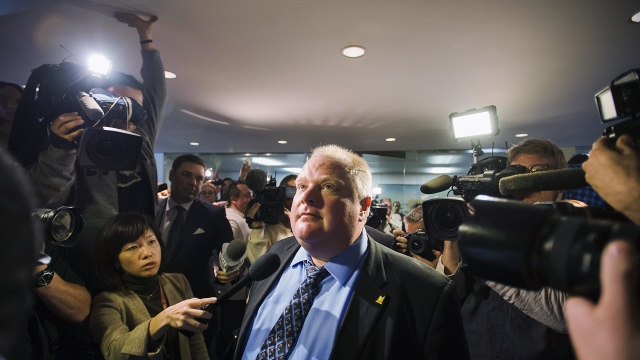 Ford's family confirmed his death Tuesday in a statement. He was 46 years old.

Former Toronto Mayor Rob Ford died Tuesday, just one day after his office confirmed he accepted palliative care. He was 46.

Last spring, Ford underwent treatment for a rare tumor in his abdomen. In October, doctors discovered another tumor in his bladder.

Earlier in March, it was announced Ford would undergo an experimental cancer treatment in which researchers would inject tissue from his tumor into mice to test for the best courses of action.

But three days before the recent palliative-care announcement, his chief of staff noted Ford's cancer hadn't responded well to his most recent chemotherapy treatment.

Ford served in Toronto politics for 15 years but gained attention around the world for his battle with substance addiction and a widely watched conflict-of-interest hearing.

Even after the scandal, Ford went on to win a city council election. He'd endured at least nine chemotherapy sessions in his 18-month-long battle against cancer.

This video includes clips from CBC, City News and Rob Ford and images from Getty Images.