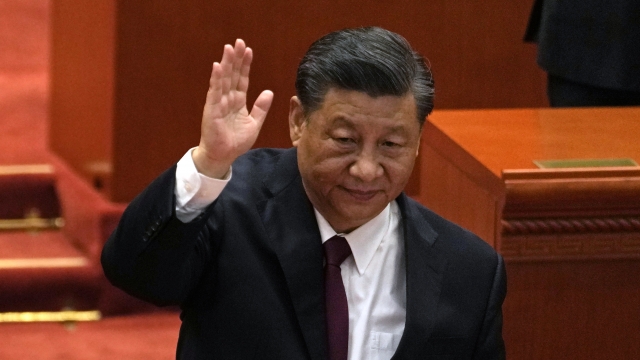 Former government officials tell Newsy that China's intelligence often conforms to political framing, and there is no system of checks and balances.

With Vladimir Putin's war still raging in Ukraine, U.S. officials fear China will follow suit, by one day invading the self-ruled island of Taiwan and triggering another war. They want to know what China is learning from the battle for Ukraine and whether President Xi Jinping is getting accurate intelligence.

"The lack of an independent intelligence community significantly worsened Putin's decision making in Ukraine," Sen. Jim Inhofe said. "What is President Xi in China learning about his intel community?"

"I think it's a really interesting question," Director of National Intelligence Avril Haines responded. "I'd prefer to answer it in closed session. Would that be all right, sir?"

While that answer may be in secret, Newsy spoke with former government officials who say China's intelligence often conforms to political framing, and has no system of checks and balances.

Matt Brazil is a former diplomat who served in Beijing and co-wrote a book on China’s intelligence community.

"What careful intelligence officers do is, they do actually outsource their analysis to foreigners, because when they do this, they can say if they're asked about 'Why did you bring this heretical viewpoint to the leadership?' 'We didn't do it. What we're doing is reporting on what foreign experts are saying,'" he said.

He says Chinese spies fear being quietly shuffled out or accused of corruption, which could lead to demotion, arrest, physical harm, indefinite detention, family reprisal, or even possible execution. And he says Chinese spies are operating in Ukraine.

A former senior intelligence officer — who did not want to be named in order to speak freely — tells Newsy that unlike Putin, Xi is not completely surrounded by yes men. He has relied on a vast array of sources, including the contacts of his father, who was a revolutionary and senior official.

The source also said the U.S. does not know how often Xi receives intelligence briefings, but that Chinese officials previously considered having their own version of the President's Daily Brief, which is the crown jewel of U.S. intelligence products.

"This newest carrier, it's using all of the newest technology that China has access to. And it really is pushing the boundaries of carrier technology," Funaiole said. "It's also one of the first sort of indigenously built aircraft carriers in China."

The vessel is expected to carry large aircraft that fly to gather intelligence. And the U.S. will evaluate whether that intelligence is swayed by political winds.