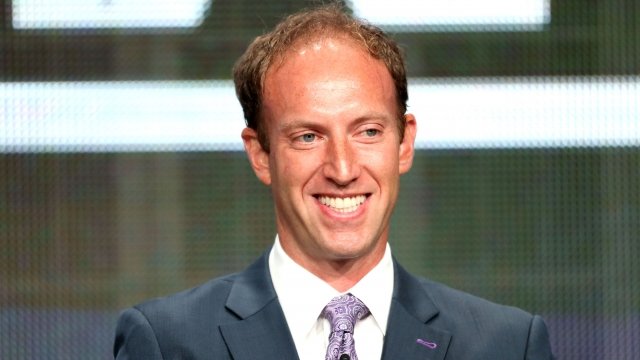 Fox Sports has fired Jamie Horowitz. An investigation into sexual harassment at the network began last week, according to various media reports.

Sexual harassment allegations led to the ouster of several high-profile Fox News Channel employees over the past year. Now, its sister network has seen one of its leaders ousted — reportedly in the midst of a sexual harassment investigation.

Jamie Horowitz, who was president of Fox Sports National Networks, was fired Monday, according to multiple news outlets.

In an email obtained by Sports Business Journal's John Ourand, Fox Sports President Eric Shanks told staff: "Everyone at FOX Sports, no matter what role we play, or what business, function or show we contribute to -- should act with respect and adhere to professional conduct at all times. These values are non-negotiable."

The Utah congressman, who will resign from the House of Representatives on June 30, has a new gig.

The Los Angeles Times was first to report that Horowitz's ouster came about a week after an investigation into sexual harassment at Fox Sports began.

In a statement to various news outlets, Horowitz's attorney called Fox's treatment of Horowitz "appalling." She said, "At no point in his tenure was there any mention by his superiors or human resources of any misconduct or an inability to adhere to professional conduct."

According to Bloomberg, Horowitz's departure comes a week after he announced layoffs to shift the network's focus from articles to videos.

He departed that post after 10 weeks. It was widely reported that he was fired from that position.