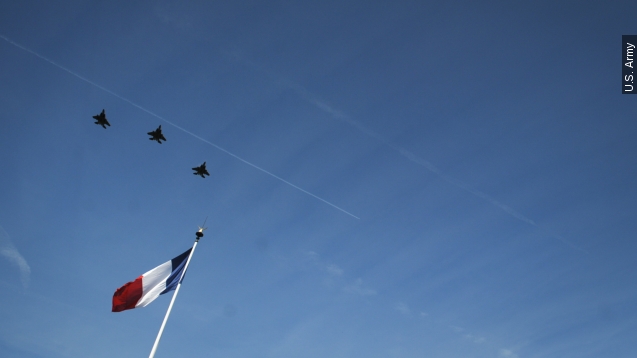 France has launched its first airstrikes against ISIS targets in Syria in response to terror attacks it says the group planned against it.

The strikes reportedly targeted the northern city of Raqqah.

Raqqah is the home base of ISIS operations, often labeled the group's "stronghold."

Until this point, France had refused to directly intervene in the conflict. (Video via France 24)

It opposes Syria's President Bashar al-Assad and viewed attacking ISIS as helping him. (Video via RT)

"The emphasis has shifted away from Bashar al-Assad, who was for many — for two or three years the prime objective of French policy, towards Islamic State," the BBC's Hugh Schofield explained.

France is one of several Western powers looking for a diplomatic solution in response to Russian buildup within Syria. (Video via Bloomberg)

This video includes music by Chris Zabriskie / CC by 4.0.