France Bans Drivers From Using Phones, Even When The Car Isn't Moving 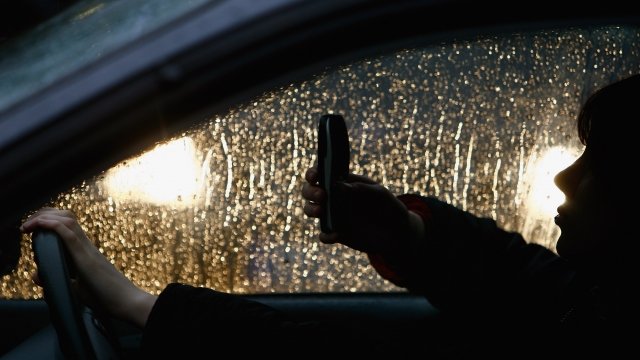 Drivers in France could face a fine and points on their license if they're caught using their phones — even if they're pulled over.

France really doesn't want drivers to use phones on the road. And now, the country has banned using the devices even when the car is pulled over.

If a driver is caught using a mobile device, they could face a fine of about $167 U.S. dollars and get points on their license.

To use a phone, drivers have to be parked in a designated area, like a parking lot.

France Vows To End All Fossil Fuel Production By 2040

The announcement comes after France promised to ban gas and diesel-fueled vehicles by 2040.

French news outlets report an exception would be if there's an emergency, like if the car breaks down. The rule also doesn't apply to hands-free setups.

France has seen an uptick in road deaths in recent years. The government has rolled out other measures to fight the problem, like reducing speed limits.