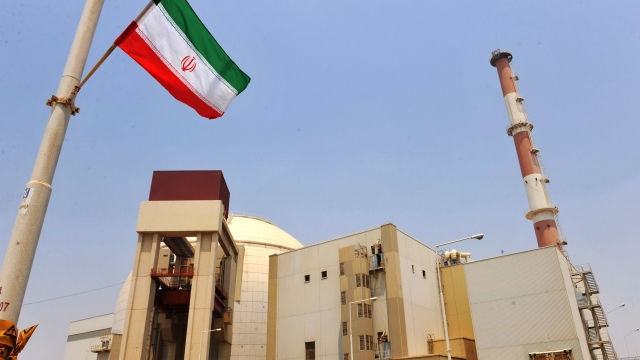 The countries issued a joint statement after Iran broke the last limitation of the nuclear deal.

Three of the remaining signatories of the Iran nuclear deal called on Iran to stay in the agreement.

The leaders of the United Kingdom, Germany and France issued a joint statement. They condemned the violence in the Middle East while also asking Iran "to reverse all measures inconsistent with the JCPOA."

Since President Donald Trump withdrew from the international agreement in May 2018, Iran has been gradually breaking the terms the deal set. On Sunday, Iran announced it will no longer limit the number of centrifuges the country has — breaking the last remaining limitation.

Iran was expectedly upset when the U.S. withdrew from the agreement and resumed sanctions. But Iran's Foreign Minister Javad Zarif has also criticized the European nations for not fulfilling their commitments.

Zarif said his country will continue cooperating with the International Atomic Energy Agency. He also said Iran would pull back its nuclear progress if sanctions are lifted.