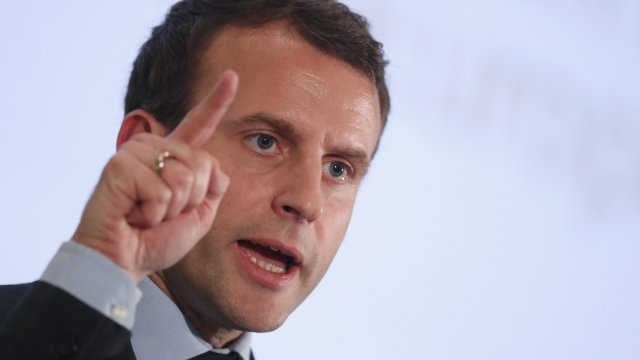 President Emmanuel Macron campaigned on the idea of bringing back mandatory military service for young adults.

France has a plan to require all 16-year-olds to spend a month in national service.

President Emmanuel Macron campaigned on the idea of bringing back mandatory military service for young adults. The plan currently in the works is a softer version, allowing teens to work with the army, police, charities or the fire service. Other options include tutoring or working to preserve the environment or national security.

The goal would be to "develop a culture of commitment to strengthen their place and role in society." After the mandatory month away from home, teens could volunteer for another three to 12 months of service.

Public opinion on the program seems mixed. While polling has shown some support for it, more than a dozen youth groups have objected to the idea.