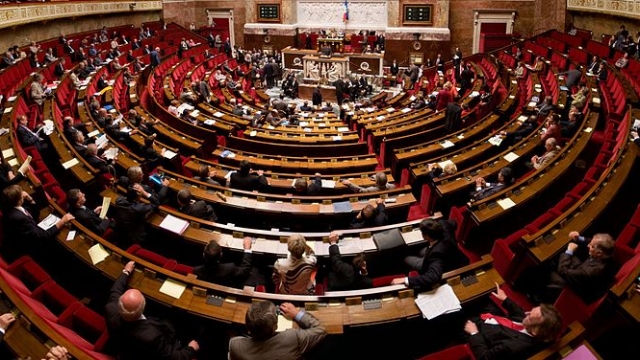 More than a dozen women who have served as French ministers wrote a letter detailing the unchecked sexual harassment in the country's government.

Several of France's female ministers are fighting to end the sexual harassment they say is rampant in the country's government.

These included comments like, "Your skirt is too long, you need to shorten it," and, "Aside from her great breasts, how is she?"

French politicians have gotten a lot of attention this week for alleged sexual harassment.

The country's deputy speaker of parliament Denis Baupin resigned after facing sexual assault and harassment accusations. His lawyers say he plans to sue the two media outlets that published the accusations for defamation.

And Twitter users recently started using the hashtag #CulotteGate after a journalist said the country's Finance Minister Michel Sapin grabbed her underwear when she bent over to pick up a pen.

Sapin later admitted to grabbing the journalist and apologized.

At the time, their outlook on a possible solution seemed bleak — they said nothing could be done with older men running the government.

In the most recent letter from the ministers, a solution seemed equally difficult to find. They said laws against sexual harassment are in place but not enforced.

This video includes clips from French Assembly, Public Sénat, International Monetary Fund, Women's Forum for the Economy and Society and France 24 and an image from Getty Images.