A French Presidential Candidate Could Now Be Prosecuted 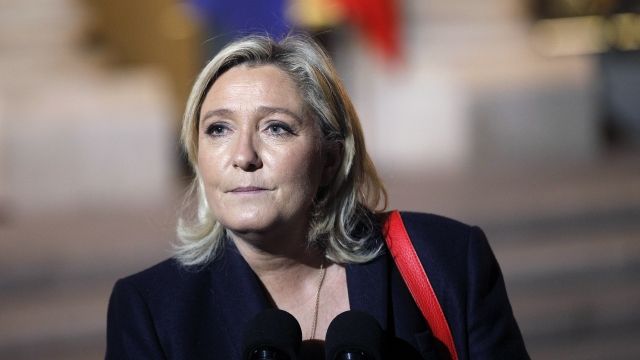 The European Parliament voted to strip the immunity Le Pen enjoyed because she's a member.

Far-right French presidential candidate Marine Le Pen is no longer immune from prosecution related to a series of graphic social media posts and now could be charged.

In 2015, Le Pen tweeted pictures of ISIS executions, including one of the beheading of American journalist James Foley. A French law bans distributing violent images or those that could incite terrorism.

As a member of the European Parliament, Le Pen has more freedom of speech protections than French citizens and couldn't be prosecuted.

But members of Parliament voted Thursday to remove her immunity.

Le Pen is currently under investigation, but CNN reports she probably won't be charged before the first round of the French election next month.

The incident had to do with Henry Rousso's legal right to get paid to lecture without a valid work visa.

And Al Jazeera notes Parliament's decision seems to have little effect on her supporters, who are extremely loyal.

Polls have her winning the first round of the election but not getting a majority of the votes. That would mean a second round in May, which she's predicted to lose to centrist Emmanuel Macron.

If she were to be convicted for distributing violent pictures, the maximum sentence is three years in prison and a roughly $78,000 fine.