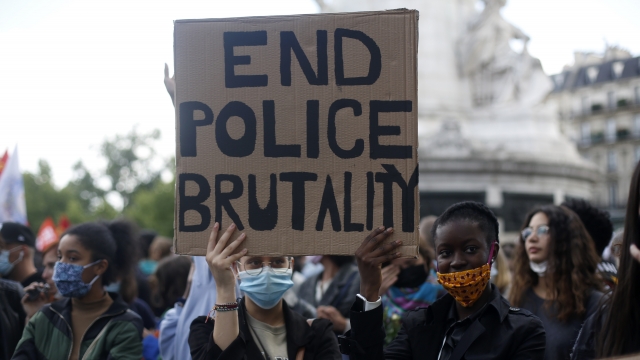 France's interior minister said Monday​ law enforcement officers in the country will no longer be able to use chokeholds during arrests.

The French government has announced it will ban police from using chokeholds during arrests.

France's interior minister said Monday "the chokehold method, known as the strangulation method, will be abandoned and will no longer be taught in police ... schools." He added that if a law enforcement officer "has to keep someone on the ground during [an] arrest, they will now be prohibited from leaning on [the] head or neck."

The minister also decried any semblance of racism in the country and vowed to take a harder line on racist incidents within police forces, including suspending officers for every "substantiated suspicion of racism," among other things. He also urged officers to continue using their body cameras, and said they will receive additional annual training.

His remarks come amid recent protests in France sparked by the death of George Floyd, with many likening his death to that of Adama Traoré; a French man who died in police custody in 2016 after being pinned down by officers during his arrest.