This May Be The Atlantic's First Hurricane Of The Year 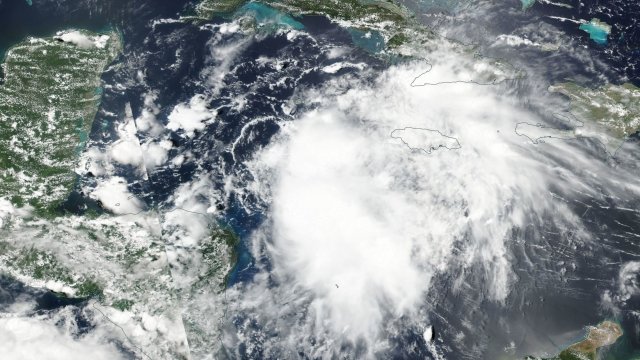 The Atlantic is expected to face its first hurricane this season when Tropical Storm Franklin hits Mexico's east coast.

As of Wednesday morning, Franklin's maximum sustained winds reached 70 mph. That figure only has to get to 74 mph for Franklin to be deemed a hurricane — and experts believe it will happen before the storm makes its second landfall.

What Happens If Proposed Cuts To NASA's Climate Research Are OK'd?

The National Oceanic and Atmospheric Administration has predicted more hurricanes than usual this year for the Atlantic. In total, it believes five to nine will develop in 2017.

If Franklin becomes the first, as expected, it'll be right on schedule. Decades of data shows the Atlantic season first sees a hurricane on average around Aug. 10.