Fraternities Crack Down On Hard Liquor After Alcohol-Related Deaths 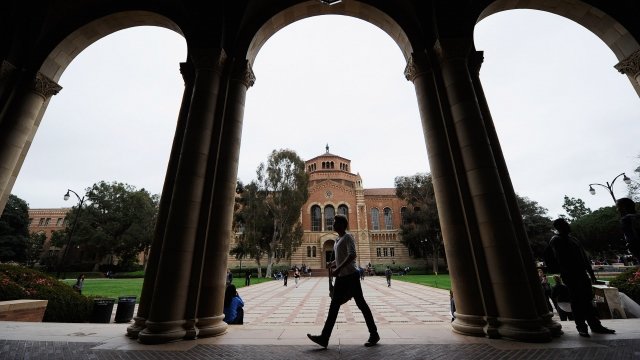 Frats will no longer be able to serve alcohol products above 15% ABV at any chapter facility or event — unless it's served by a third-party vendor.

Come 2019, thousands of fraternities across the country won't be allowed to serve hard liquor.

A national umbrella organization for fraternities announced Tuesday hundreds of fraternities will no longer be able to serve alcohol products above 15% ABV at any chapter event or facility “except when served by a licensed third-party vendor.”

The North-American Interfraternity Conference released a statement saying its member fraternities have until September 2019 to enforce the new policy across 6,100 chapters on 800 campuses. Chapters have the freedom to set their own rules, but the NIC has oversight over broader policies.

The NIC President said in the statement, "At their core, fraternities are about brotherhood, personal development and providing a community of support. Alcohol abuse and its serious consequences endanger this very purpose.”