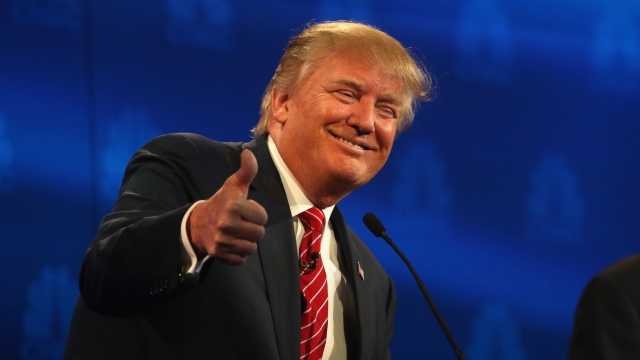 If there's one thing we know about Donald Trump, it's that wherever he goes, protesters probably aren't far behind. And now they'll be able to get closer to the Republican National Convention site in Cleveland in a few weeks.

On Wednesday, the city agreed to loosen restrictions on when and where protesters can occupy the convention area. This comes after a lawsuit from Ohio's American Civil Liberties Union that said the city was violating free speech, calling the restrictions "draconian." Last week, a judge sided with the ACLU.

The group released a statement praising the move, saying: "The RNC offers a unique stage to groups from all sides of the political spectrum to lift their voices to a national audience. The new rules [ensure] that people]have meaningful opportunities to express themselves on some of our most important national issues."

Obviously, free speech and assembly rights should always be protected, but it's not hard to see why Cleveland had serious security concerns.

For months, Trump campaign events have brought out some of the worst in both his supporters and his opponents. And he's been criticized by members of the left and right for egging on the violence.

"I'd like to punch him in the face. I tell ya," Trump said during a rally in Nevada.

With just three weeks to go, there's concern that the city isn't prepared to handle all of the Trump protesters and the hate groups that will be heading to the city. So far, the RNC's planning body hasn't sent out any safety or logistical information to the thousands of delegates and press set to converge on the area soon.

And a police department in North Carolina just pulled 50 of its officers from the event because of preparation concerns. But Cleveland insists the worry is unfounded. The mayor says he's "certain that people are going to have a good time."