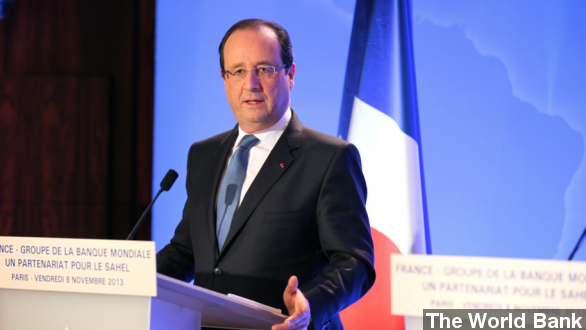 It’s been dubbed the millionaire tax in France, and it just got the go-ahead from the country’s top court.

It’s been dubbed the millionaire tax in France, and it just got the go-ahead from the country’s top court.

French President Francois Hollande — who was once quoted saying he “didn’t like” the rich — originally proposed a two-year-long 75 percent tax on individuals making more than $1.3 million. But an earlier court threw that out, putting the tax burden on employers instead. (Via BFM-TV, Euronews)

As one of Hollande’s key campaign promises back in 2012, he pitched the tax as a way to be more fair to France’s middle class, but in doing so caused an uproar among the wealthy. (Via CBS)

French soccer clubs threatened to go on strike earlier this year when they were told their players wouldn’t be exempt, and actor Gerard Depardieu claimed the tax is why he renounced his French citizenship and moved to Belgium last year. (Via Al Jazeera, Radio Television Suisse)

Critics asked, what's the point? The tax was only ever expected to raise around $200 million, which amounts to only a drop in the bucket, considering France has a deficit of more than $4 billion.

But Hollande defended the tax — noting he has to uphold pledges made to the European Union that France would narrow its budget deficit — and unlike many other European countries, France hasn't imposed deep spending cuts to do so. (Via YouTube / Herman Van Rompuy)

Instead, it levied more taxes — leaving more than 8,000 French households with tax bills exceeding their incomes in 2012. (Via France 24)

Hollande has since promised more spending cuts and fewer tax hikes in the 2014 budget, but it may be too late to revive his slumping popularity.

His approval rating currently hovers around 26 percent — making him France’s most unpopular modern president. (Via BBC)