Friendly Fire May Have Killed 2 US Army Rangers In Afghanistan 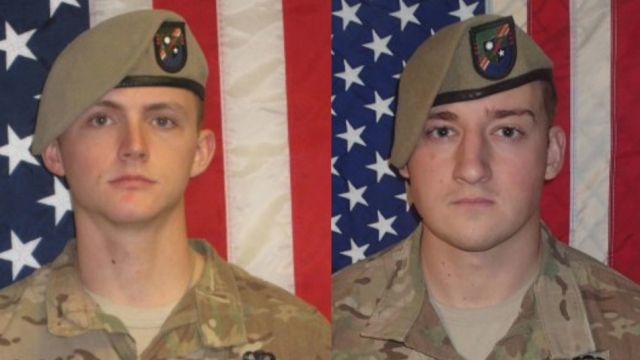 Two U.S. Army Rangers died in a raid in Afghanistan. Now the Pentagon is investigating if they were killed by friendly fire.

The Department of Defense says two U.S. soldiers killed in Afghanistan may have been hit by friendly fire.

According to the DOD, Army Sgts. Joshua Rodgers and Cameron Thomas died during a raid aimed at the leader of ISIS in Afghanistan.

Thirty-five ISIS fighters and several leaders of the terrorist group were killed in the raid by a coalition of about 40 Afghan forces and 50 U.S. Army Rangers, officials said.

US Defense Secretary Mattis Makes A Stop In Afghanistan

His trip took place several days after a Taliban attack on an Afghan army base killed at least 140 soldiers.

The Pentagon said the raid took place near the site where the U.S. dropped the so-called "mother of all bombs," targeting ISIS tunnel systems.

During a three-hour shootout, the soldiers reportedly came under fire from all sides. The Pentagon said it's possible the friendly fire came from a fellow American and that it is investigating the incident.

Secretary of Defense Jim Mattis offered his condolences to the families of Rodgers and Thomas on Friday.