From LaBeouf To Cosby: Biggest Celebrity Scandals Of 2014 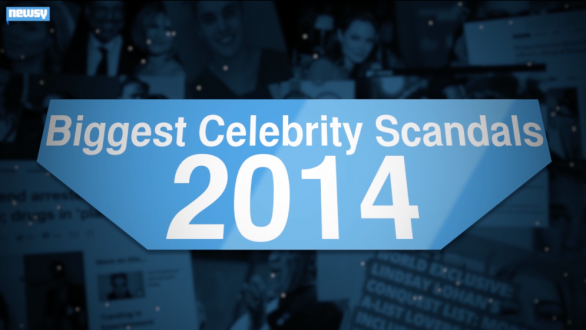 Drinking and driving, a major studio hacking, sexual harassment: 2014 was a year filled with celebrities running into trouble.

The biggest celebrity scandals of 2014.

Justin Bieber's "triple d:" a DUI case after drag racing, a drug arrest after a raid on his house and that deposition video.

"I don't have to listen to anything you have to say," Bieber said.

Shia LaBeouf plagiarizes, apologizes, gets really drunk and spits on a cop — then theorizes.

He told Ellen DeGeneres, "I went through like an existential crisis."

Dylan Farrow accuses Woody Allen of abusing her as a child, which he denies.

Leaked audio of "7th Heaven" dad Stephen Collins has him discussing sexual contact with girls, and he later confesses.

"I exposed myself to this young woman," Collins said.

Bill Cosby is accused of sexual assault or rape by multiple women, including fellow stars like Janice Dickinson.

And reality gets real: "Duck Dynasty"'s Phil Robertson makes homophobic remarks; the show plummets from there. "Here Comes Honey Boo Boo" is canceled after after rumors Mama June was in a relationship with a pedophile and real housewife Teresa Giudice is sentenced to prison for fraud.

Giudice said, "I just want to apologize to all my fans out there that I let down."

Lindsay Lohan gets a reality show, but bigger news is her leaked list of lovers.

"That was actually my fifth step in AA at Betty Ford, and someone, when I was moving during the OWN show, must have taken a photo of it," said Lohan.

And love in an elevator … yeah, OK. Not at all.

But another up-and-down when Bey and Jay faced major divorce rumors.

Which ultimately seemed to be just that: rumors.

Emails from the hack on Sony show inappropriate jokes from Hollywood bigwigs and scandalous slams of some of the movie industry's biggest stars.