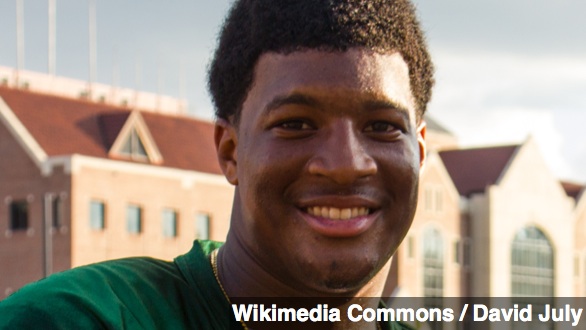 Tallahassee police say they received a sexual assault complaint from a woman against Winston in December of last year. According to TMZ, she claimed the alleged incident was committed with "physical force."

No charges have been filed against Winston, and he hasn't been interviewed by police or prosecutors, but the investigation is apparently still active. (Via CNN)

The Florida State star's attorney Tim Jansen says he's been cooperating with police since the complaint was filed, and they were under the impression the case had been resolved back in February.

Jansen told USA Today, "I talked to the police officer. He said the case had been closed. I don't know of any reason for reopening it."

But Jansen said he found out Monday that a media outlet had requested police records from the case last Friday. The police report lists the offender's name as unknown, but authorities have confirmed Winston was the subject of their investigation. (Via WCTV)

Florida State University said in a statement that Winston and coach Jimbo Fisher wouldn't speak to reporters about the topic. (Via WOFL)

"We are aware of a matter that was investigated by the Tallahassee Police Department almost a year ago. Because the investigation has not been closed by TPD, we cannot comment further at this time." ​(Via New York Daily News)

Florida State officials say there's been no change in Winston's status for Saturday's game against Syracuse. The Seminoles are currently ranked second in the BCS standings, with Winston being among the favorites to win the Heisman this year as well.