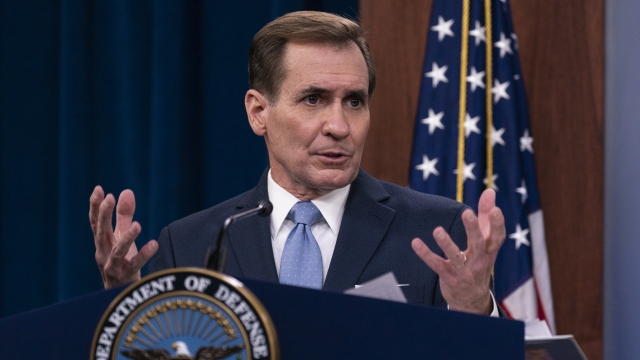 The Pentagon says the Taliban is not willing to commit to reducing violence in the country.

The plan to pull all U.S. troops from Afghanistan by May Is in question.

According to the Pentagon the Taliban is not willing to commit to reducing violence in the country.

"Without them meeting their commitments to renounce terrorism and to stop the violent attacks on the Afghan national security forces and, you know, by dint of that, the Afghan people, it's very hard to see a specific way forward for the negotiated settlement," said Pentagon Spokesman John Kirby.

The Biden Administration said it would take a new look at the peace deal which was signed by former president Trump last February.

Pentagon officials said the U.S. is still committed to a full troop withdrawal.