Future Of Afghan Women Under Threat 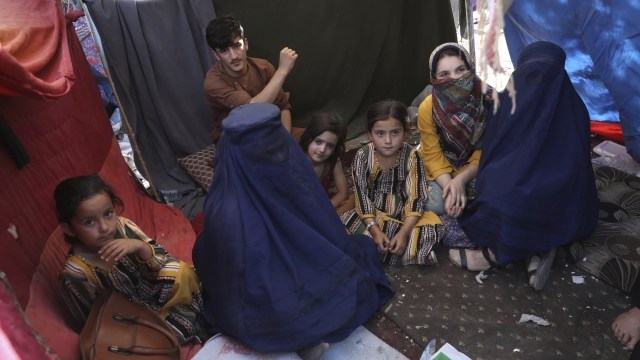 Women and girls in Afghanistan struggle to find safety and certainty about their future as the Taliban take control of the country.

As the Taliban take control of Afghanistan, women and girls are beginning to live under the return of a very dark reality.

"The Taliban ruled over Afghanistan for five years until 2001, and they harbored al-Qaeda. Their rule was ghastly, and it was harsh and there are many concerns that the rights of women over the past 20 years could be rolled back in an instant," Aya Batrawy, Gulf correspondent for the Associated Press said.

Across the country, observers report the Taliban has already become violent against women and girls for not obeying Islamic extremism rules that reject western influence.

Nilofar, is a displaced teacher from the Takhar province. She says girls from her school were recently lashed by the Taliban for their choice of footwear, sandals, that were too revealing.

"They are already also seeking out people that were associated with the current government, we are aware of a number of executions of people have been taken into Taliban custody," Gossman said.

As reports surface of girls being told not to attend school, the Taliban says education will be allowed, so long as "Islamic Sharia laws are not neglected."

"When we consider women and girls, all those who've had their lives advanced, this is searing. It is hard stuff," Secretary of State, Antony Blinken told ABC News.

Some women are even being told to stay home and give their jobs to male relatives.

And this may just be the beginning.