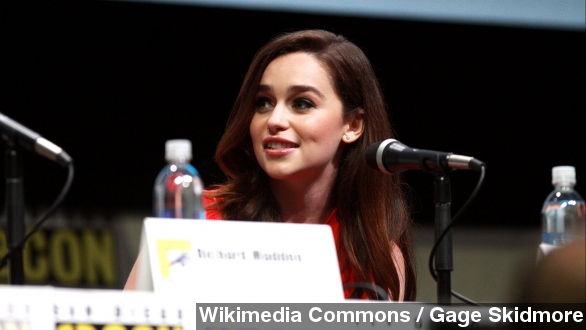 The English actress best known as Khaleesi on "Game of Thrones" will fill the role of Sarah Connor in "Terminator: Genesis."

It's been almost five years since the last Terminator film, which in Hollywood means it's time for a reboot. "Terminator: Genesis" is set for a 2015 release date, and the cast is falling into place. (Via Warner Bros. / "Terminator: Salvation")

Now Clarke is best known as Daenerys Targaryen, or Khaleesi, in "Game of Thrones." In a series full of strong female leads, she's perhaps the strongest.

KHALEESI: "You will release every slave in Yunkai." (Via HBO / "Game of Thrones")

Clarke's confirmation as Sarah Connor brings up some interesting coincidences. Another Clarke — Jason Clarke of "Zero Dark Thirty" — is in talks to play her son from the future. No family relation in real life there. (Via Moviefone)

By the way, Schwarzenegger is supposed to be back as well. No word on whether he'll reprise the role of a somewhat older Skynet villain.