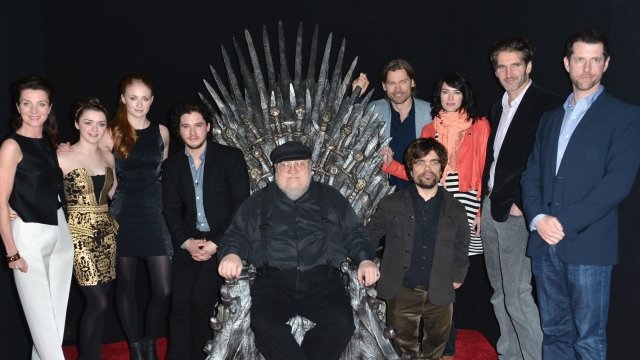 "Game of Thrones" will reportedly shoot several alternate endings, which could throw off any leakers or hackers who want to spoil the show's finale.

With just one season left of "Game of Thrones," fans are dying to find out who will end up on the Iron Throne. The show's creators may provide more than one answer.

HBO's president of programming said during a closed speech at a college the show would shoot multiple endings. The Morning Call first obtained audio of his remarks.

This isn't just to see which version producers like better. It's actually a Tyrion Lannister-level strategic move. Multiple endings could throw off hackers and help fans avoid spoilers while waiting for the finished product.

"Game of Thrones" and HBO were besieged by hackers stealing and leaking show information and even entire episodes before their air dates. But people might not pirate a show if they don't think it's the real deal.

The extra shooting should be no problem for the cast and crew — they already have experience throwing off would-be leakers.

HBO Isn't Ready To Say Goodbye To Westeros Just Yet

There's a lot of room for more stories set in Westeros, and HBO might be taking advantage of that in the future.

"We did fake some scenes. We put together people in situations where we knew the paparazzi was around so they would take photos and that would get on the internet," Kit Harington said on "Jimmy Kimmel Live!"

HBO didn't comment on the report, which, of course, only adds to the intrigue.

Shooting multiple endings is a tried-and-true method for prestige TV shows to keep their resolutions under wraps. Shows like "The Sopranos" and "Breaking Bad" also made alternate finales to keep fans guessing until their bloody ends.

It helps that "Game of Thrones" has a lot of potential outcomes. Plenty of heroes have valid claims to the Iron Throne and lots of villains could snatch it away. And if there's any show that would let a villain win in the end, it's "Game of Thrones."

"Game of Thrones" writers have plenty of time to work out all the alternate endings because winter won't be coming back for a while. The final six-episode season won't return until late 2018 or 2019.