Gamescom 2014: What's Happening And Who's 'Winning' 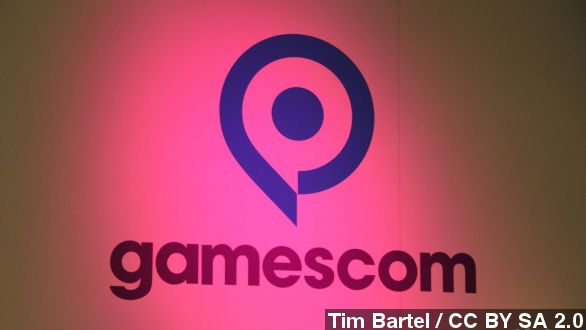 This week's Gamescom trade show in Cologne, Germany, was a chance for game makers to show off their latest projects — and make impressions.

Publishers and developers turned out in full force to show off their latest projects — which means dozens of properties, certainly more than we have time to cover here. Instead we’ll highlight some big news pieces:

​343 Industries showed off the "Master Chief" collection again, with an announcement it will feature ranked multiplayer like "Halo 2." (Video via IGN)

"Halo 5," meanwhile, will launch its beta testing phase for Xbox One Dec. 29. (Video via Xbox)

Hideo Kojima and director Guillermo del Toro are teaming up to create a new "Silent Hill" installment destined for PS4. (Video via Sony)

And "Rise of the Tomb Raider" will be headed exclusively to Xbox One — at least through the holiday season.

PC got a feather in its cap, too — with Konami's announcement the latest "Metal Gear Solid" would be headed to Steam.

Like we said, there's a lot going on — and there's coverage of it from every angle, from every outlet, for whatever platform strikes your fancy.

Really, there seems to be only one consistent theme during every gaming trade show — the inevitable media comparison, if you will:

Of the two major players this time around (that's Microsoft and Sony), who won their press conference? (Video via Sony)

The weigh-ins started even before Microsoft and Sony entered the building. Going into Gamescom, a writer at GamesRadar felt Microsoft needed a stronger performance than it had at E3.

"While E3 was used as a blunt instrument to hammer home Microsoft's message that 'we're all about the games', Gamescom is where the company needs to both reiterate this sentiment AND show us what else it has."

"Microsoft had its fair share of original ideas for sure, but its conference hinged on known quantities," said a writer at Push Square. "Sony … once again proved that its first-party publishing arm stretches way beyond sequels and shooters."

And from the GamesIndustry roundtable: "The biggest takeaway for me is that while Microsoft's approach appears to be commercially driven, Sony's feels creatively driven. Sony's developer-first focus is enabling it to win the hearts and minds of both indies and gamers."

That sounds like a leaning toward Sony and the PS4. But the take from Joystiq seems to be: Why pick one?

"There's such a variety of games right now. I feel like both Microsoft and Sony have showed a really strong lineup. We're way more excited for AAA games than we were a year ago."

All that's left is to play some games. Gamescom will continue with public-access exhibitions through Sunday.

This video contains an image from Tim Bartel / CC BY SA 2.0.