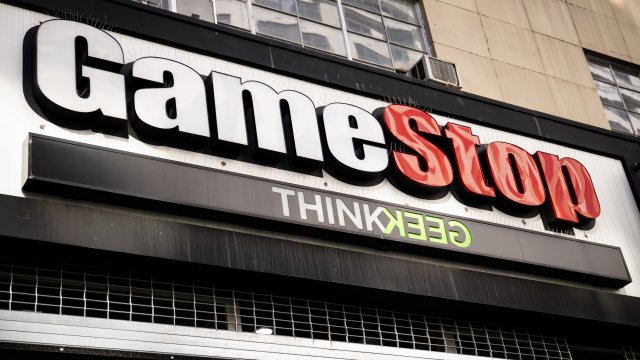 Lawmakers on both sides are worried about alleged collusion between Robinhood and hedge funds.

The GameStop saga may be over on Wall Street, but it’s just starting on Capitol Hill.

"This hearing is going to be educational," said Congresswoman Maxine Waters.

The House Committee on Financial Services will probe key players in the trading frenzy Thursday afternoon, including Keith Gill. He's the Reddit user who inspired a horde of investors to pour money into GameStop, eventually pushing the share price up 1,500% — and shaking confidence in the stock market.

"GameStop is one of the most compelling asymmetric opportunities in the market today," Gill said in a YouTube video on his channel.

The witness list also includes the CEOs of Robinhood, Citadel, Melvin Capital, and Reddit, as well as the Cato Institute’s director of financial regulation studies.

Robinhood head Vlad Tenev is expected to be in the hot seat. His company was excoriated for halting trades of GameStop stock and others targeted by the Reddit thread Wallstreetbets. Some, including committee chairwoman Maxine Waters, wondered if the app colluded with hedge funds who were losing money as GameStop surged.

Also among the topics to discuss: China. GOP committee members are reportedly concerned about the influence of Chinese actors in inflating stock prices.

GameStop shares are currently trading far below the January high of $347. But its legacy is still alive. Retail investing may never be the same. And a handful of movies and documentaries are already in the works.