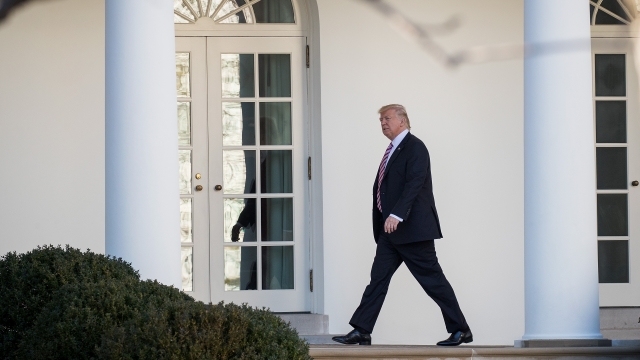 A new report from the Government Accountability Office says the Trump administration didn't have a legal reason to delay the Ukrainian security aid.

The report comes from the Government Accountability Office, a non-partisan agency that works for Congress. The GAO was investigating why $214 million in aid was withheld in the summer of 2019. That money is also at the center of President Trump's impeachment.

According to the report, the Office of Management and Budget said the money was withheld "to ensure that the funds were not spent 'in a manner that could conflict with the President’s foreign policy.'" The president does have "narrow, limited authority" to withhold appropriated funds. But, the GAO determined the White House's justification was not a legal reason to delay the congressionally approved money.

The report also faults the Trump administration for not notifying Congress about the delay. It writes, "The burden to justify a withholding of budget authority rests with the executive branch. Here, OMB has failed to meet this burden."

The Trump administration said it disagrees with the GAO's report. A spokesperson for OMB said, "OMB uses its apportionment authority to ensure taxpayer dollars are properly spent consistent with the President's priorities and with the law."