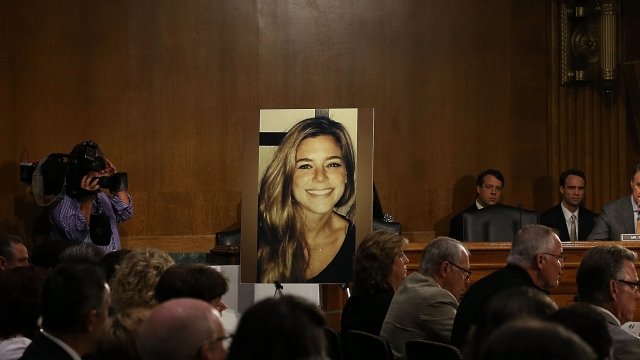 A jury deliberated for six days and was told to consider lesser charges, too.

A jury has declared Jose Ines Garcia Zarate not guilty of homicide in the 2015 killing of Kate Steinle.

Garcia Zarate, an undocumented immigrant, had previously been deported from the U.S. five times.

The killing received national attention partly because then-candidate Donald Trump cited it while making a case for his proposed U.S.-Mexico border wall.

Garcia Zarate was convicted of possessing a firearm as a felon. He is a Mexican citizen and is likely to be deported again.