Evan McMullin Isn't So Sure Gary Johnson Is Serious About Debating 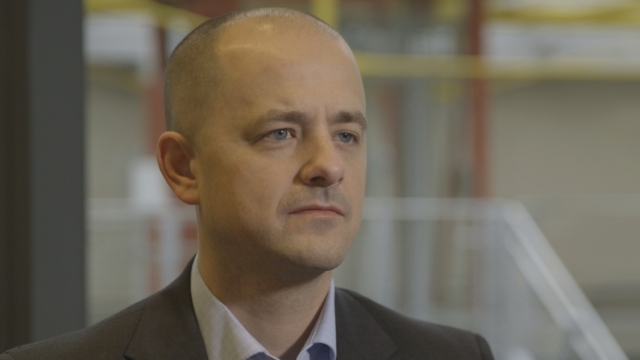 Everyone but Hillary Clinton and Donald Trump has been shut out of the debates, so McMullin's calling on the two most popular third-party candidates to join him for a separate debate.

SEE MORE: Our Presidential Debates Don't Have To Be Screaming Matches

The Green Party's Jill Stein has already signed on, but McMullin says the Johnson campaign has basically been dodging him.

A debate between third-party candidates wouldn't be new. Jill Stein and Gary Johnson did it in 2012. And there's probably not a better year for another one than 2016. The media is paying more attention than probably ever before to third-party and independent candidates.

And so are the American people. According to Gallup, 57 percent of Americans want a serious alternative to the two major parties. And 76 percent of Americans say they want to see third-party candidates on the main debate stage. But that's not happening, so this kind of debate would be the only other option.

"The American people want this. So we should do it, and Gary Johnson — as a leader if that's what he is — should step forward and do this," McMullin said.

But Johnson is far outpacing both Stein and McMullin in national polls. So politically, it might make more sense for the Libertarian to just keep his focus on the big two.