Gas Prices Are Finally Decreasing Across The U.S. 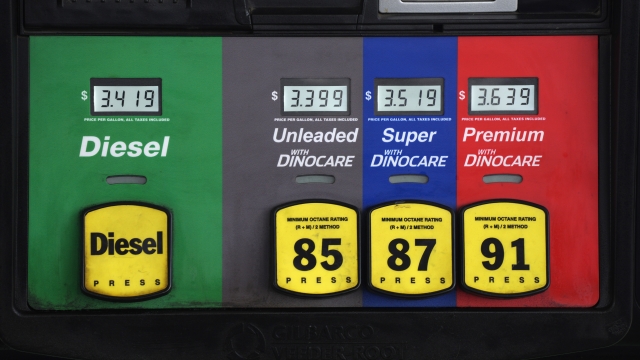 Gas prices are finally starting to decrease. The average cost of unleaded gas has dropped one or two cents every few days.

It’s a sight for sore eyes at gas stations across the U.S.

The numbers at the pump are a little easier to stomach these days as gas prices continue their weeks-long decline.

“Knowing all the stuff that’s been going around in the world, any savings is a blessing,” Ravi Patel, a gas station owner, said.

On average, the cost of a gallon of unleaded gas has dropped one or two cents every few days, for about three weeks, and those pennies are adding up.

Prices are down about 6% since their all-time high back in June.

Why? According to AAA, the drop is largely thanks to a dip in oil prices and lower demand at the pump.

Data showed fewer people fueling up in the final weeks of June.

AAA says July is typically the month with the highest demand as more Americans hit the road in the summertime.

“I’m the type of person that, if I want to do something, I mean, gas has been high, but what can we do?," Renee, a Michigan driver said.

Some analysts are hopeful prices will keep inching down as the summer wears on.

GasBuddy’s Head of Petroleum Analysis Patrick DeHaan says "if oil prices stay down, the national average could hit $4 dollars per gallon by mid-August."

Many drivers are more skeptical.