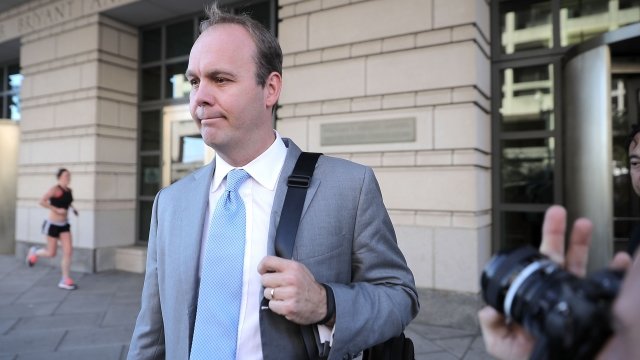 Gates was indicted on a slew of charges last year, including conspiracy to launder money and making false statements.

CNN was first to report Rick Gates has been negotiating a plea deal for about a month. In October, he and former Trump campaign manager Paul Manafort were indicted on a slew of charges, including conspiracy against the United States, conspiracy to launder money and making false statements. Both pleaded not guilty.

Rumors that Gates might be cooperating with Mueller's investigation have been ramping up. In late January, CNN reported Gates' hired a new attorney who'd been seen visiting Mueller's office. And on Feb. 1, three lawyers representing Gates asked to withdraw from the case.

President Donald Trump's lawyers want him to refuse to talk to Robert Mueller about the Russia probe, according to The New York Times.

This news about a possible plea deal comes as investigators are reportedly preparing to file new charges against Gates.

If Gates does cooperate with Mueller, one White House official told CNN "there'd be no anxiety here."