You Don't Even Know What Tomatoes Are Supposed To Taste Like 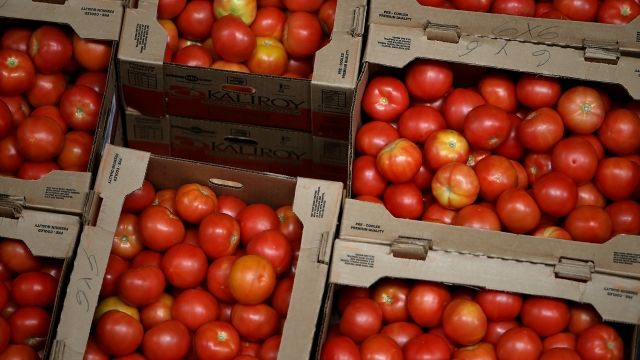 Growers would rather their tomatoes be durable than flavorful. But we might be able to bring some of those flavors back.

Are you sure you know what good fruit tastes like? If all the fruit you've eaten comes from the grocery store, especially tomatoes and strawberries, then you're missing out.

"What people have selected for is tomatoes that can last a long time, that can ship well, that have disease resistance," says the University of Florida's Denise Tieman. "Breeding for all this — they didn't also keep the flavor that tomatoes had originally."

Here's Why You Shouldn't Store Your Tomatoes In The Fridge

Chilling tomatoes in the refrigerator kills the flavor, according to a new study.

Researchers at the University of Florida think they might be able to fix this. They sequenced the genomes of close to 400 varieties of tomatoes. Not only have they figured out which sugars and aroma compounds were lost in grocery store tomatoes, but they also know which genes are responsible for the change.

And now that they know what to look for, they say they should be able to breed lost flavors back into tomatoes — in the same way they were grown for supermarkets in the first place.

"We're basically taking the modern tomato and rewinding the clock 50 years to make it more chemically similar to the heirloom tomatoes that everybody likes," says University of Florida's Harry Klee.