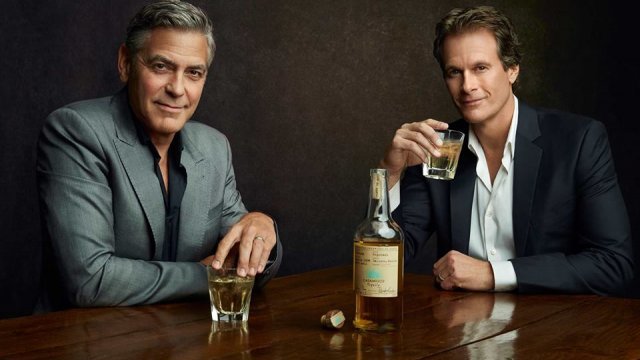 A spirits company based in the U.K. will purchase Casamigos Tequila for up to $1 billion.

According to Clooney's business partner, Rande Gerber, the company was "started by accident." The pair initially just wanted to create tequila for their family and friends.

But eventually, they were producing so many bottles of tequila that their distiller said they needed to get a commercial license.

Now, U.K.-based spirits giant Diageo is going to purchase Casamigos for up to $1 billion.

Daniel Day-Lewis Is Retiring From The Industry He Dominated

The actor announced his retirement after four decades in the film industry.

Diageo will initially purchase Casamigos for $700 million. It will pay up to $300 million more if the tequila company performs well over the next 10 years.

You might be familiar with some of Diageo's other brands like Johnny Walker, Smirnoff, Tanqueray and Guinness.

Forbes reports Clooney and his partners each own an equal share of Casamigos, so all three could earn as much as $333 million before taxes.

Clooney, Gerber and Meldman will stay on with Casamigos in some capacity.

The up to $1 billion deal isn't Clooney's only reason to celebrate this month — earlier in June, he and his wife Amal welcomed their first children: twins Ella and Alexander.