George W. Bush Had His Own Email Scandal 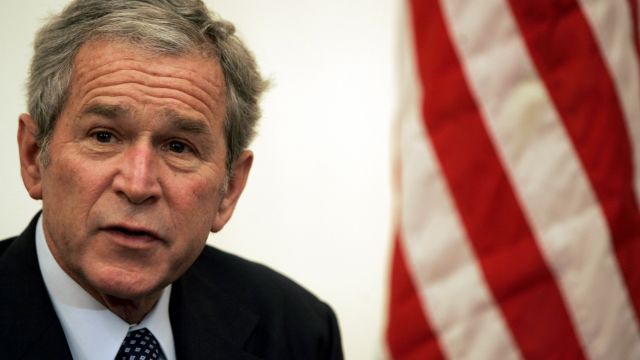 With all the talk of Hillary Clinton's deleted emails, there's been little mention of a similar email scandal under President George W. Bush that didn't get a lot of media coverage.

In 2007, the Bush White House admitted to losing millions of emails.

The revelation came when Congress was looking into the firings of eight U.S. attorneys. Investigators found that several White House officials, including top adviser Karl Rove, had been using private emails set up on a Republican National Committee server for White House business. Those emails were not properly archived.

SEE MORE: "No Charges For Clinton, But That Hasn't Stopped The Commentary"

Rove's personal attorney told CNN at the time that Rove thought his email was being archived.

The press secretary at the time, Dana Perino, appeared on Fox News last year and said the Bush and Clinton email incidents were very different. She argued Clinton, by law, was expected to use government email. She said some White House officials were trying to abide by another law that prohibited political office officials from using government email.

"So you had the young people that were working in the political office trying to comply with one law but being accused of not complying with another," Perino said.

On Tuesday, FBI Director James Comey said he will recommend against charging Clinton over her emails. The investigation found that 110 emails in 52 chains were found to include classified information at the time they were sent. Eight of the chains contained information that was top secret.

"Although there is evidence of potential violations of the statutes regarding classified information, our judgment is that no reasonable prosecutor would bring such a case," Comey said.

In 2009, it was reported 22 million missing Bush White House emails had been recovered.

This video includes images from Getty Images and clips from The White House, NBC and CNN.