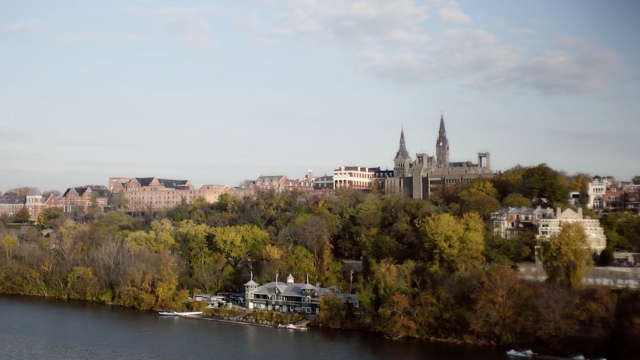 The conversation took place at the end of a recorded Zoom class after students had left.

A recording of the conversation between adjunct professors, Sellers and David Batson, was released on Twitter.

"You know what I hate to say this, I end up having this angst every semester that a lot of my lower ones are Blacks. It happens almost every semester. I'm like oh, come on, they're some really good ones, but there's some that are just way at the bottom, it drives me crazy," Sellers said.

The conversation took place at the end of a recorded Zoom class after students had left. All virtual classes at Georgetown are recorded and posted in a public forum for all students and staff to see. The video was up for two weeks before being deleted by the school.

The school’s Black Law Students Association is calling on Georgetown to perform an audit of Sellers' grading and student evaluations.

Batson was placed on leave for his role in the conversation, and he's being criticized for not condemning Sellers' remarks.