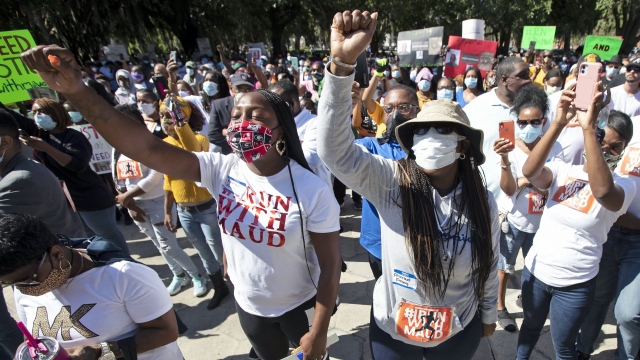 Attorney General Chris Carr asked the Georgia Bureau of Investigation to look into potential misconduct by the district attorneys in the case.

Attorney General Chris Carr's request came a day after he asked the U.S. Justice Department to investigate the case. Arbery, an unarmed black man, was killed in February while he was jogging through a neighborhood. The two white suspects, Gregory McMichael and his son Travis McMichael, weren't arrested until two months later after video taken of the altercation went viral, sparking public outrage.

On Monday, Carr asked the Georgia Bureau of Investigation to look into potential misconduct by the district attorneys in the Brunswick and Waycross judicial circuits and determine if the investigation was "undermined in any way."