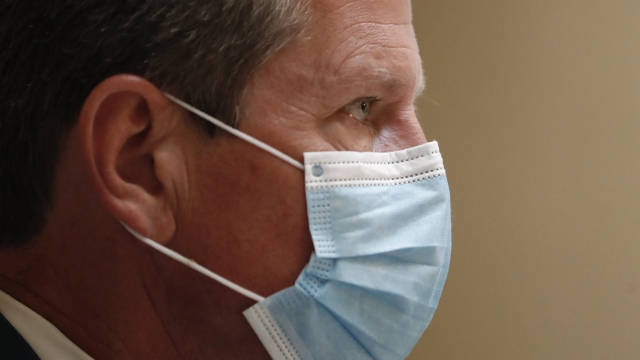 Kemp filed his order to void the mandates on Wednesday, but was met with pushback from Bottoms and other mayors who say they should be allowed to require face masks to curb the growing number of coronavirus cases in the state.

In response, Kemp and the state's attorney general filed a lawsuit against Bottoms and Atlanta's City Council Thursday, arguing that Bottoms was overstepping her authority and that face mask mandates were having a negative impact on businesses.

"Mayor Bottoms' mask mandate cannot be enforced, but her decision to shutter businesses and undermine economic growth is devastating. Atlanta businesses are hurting, violent crime is up, and families are rightfully worried," Kemp said.

In an interview with CNN, Bottoms responded to Kemp's lawsuit, saying it's retaliation for calling out President Trump for not wearing a mask when he landed in Atlanta earlier this week.

"What I see is the governor putting politics over people. We all know the CDC is in our backyard and the CDC says that wearing a mask will help stop the spread of the virus. Overwhelmingly people in Atlanta support a mask mandate, so it’s a waste of taxpayer money and we are spending time fighting each other when this virus doesn’t understand politics and it doesn’t respect this state or the city, it's impacting all of us" Bottoms said.

The state is seeking to have a judge overturn Bottoms' orders and to instruct the City Council to not ratify any orders from Bottoms that don't line up with Kemp's.

According to the Johns Hopkins as of Thursday Georgia had more than 131,000 confirmed infections and more than 3,100 deaths.