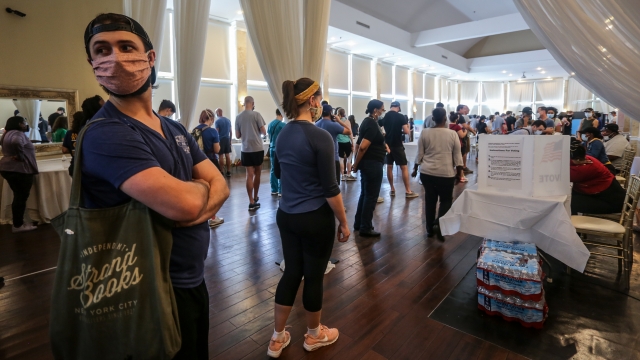 A Georgia voting rights expert told Newsy there are protocols in place to prevent this.

Georgia's secretary of state is investigating how some residents' votes were allegedly double counted in its June primary.

One thousand voters there may have cast both absentee and in-person ballots.

Secretary of State Brad Raffensperger said the issue would not have impacted outcomes in the primary election, and that such voter fraud won't slip through in November.

"A double voter knows exactly what they're doing, diluting the votes of each and every voter that followed that, that follows the law. Those that make the choice to game the system are breaking the law. And as secretary of state, I will not tolerate it," Raffensperger said.

He said potential double voters will be investigated and could face prison time or a fine.

Newsy spoke with Stephen Fowler, who covers voting rights in Georgia. He said there's protocols in place to prevent this and that the bigger issue should be informing people how to vote safely.

"The single biggest story leading up to the election should be how votes are cast and counted, how people can vote absentee... there are so many stories about elections that aren't being covered and need to be in a way that that people feel empowered and educated that their vote is counted fairly," Fowler said.

The alleged double votes in Georgia represent less than a tenth of a percent of all absentee ballots cast in the state. Studies show voter fraud in the U.S. is extremely rare.