Georgia Rep. Rob Woodall To Retire At End Of Term 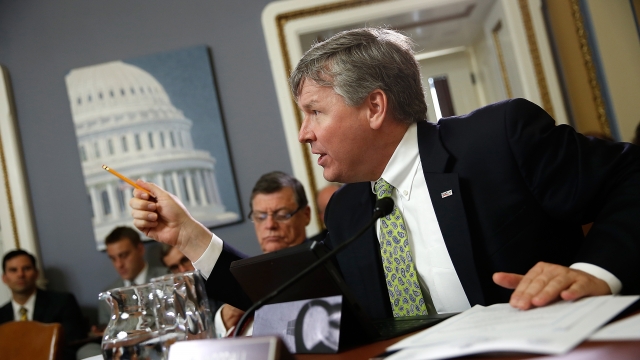 ​ The congressman said he felt the time had come to move on and "pass the baton" in 2020.

Georgia's 7th congressional district representative Rob Woodall announced Thursday he will retire at the end of his term.

The Republican congressman said in a news release he felt the time had come — for political and personal reasons — to move on and "pass the baton" in 2020. Woodall has served in the House since 2011.

Woodall had just taken office earlier this year after an extremely tight midterm race. His opponent, Democrat Carolyn Bourdeaux, lost by less than 450 votes. Bourdeaux announced her bid for Woodall's seat in 2020 following his statement, with a formal announcement coming next Tuesday.

Woodall told the Atlanta Journal-Constitution that no one pressured him to retire, but that it would have been difficult to run during a presidential election year and "keep control over a message as outside groups come in on both sides."

Woodall said he wanted to announce his retirement "as early as possible to ensure that quality conservative candidates have time to prepare for a vigorous campaign in 2020."