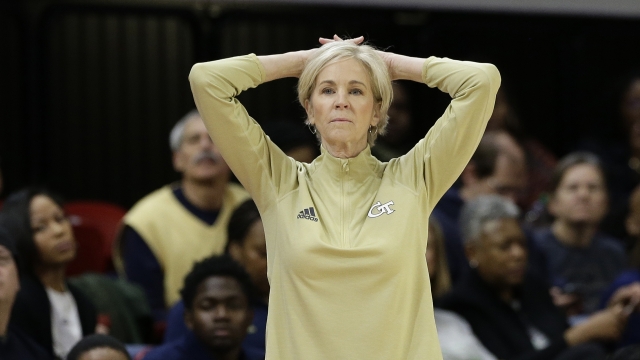 Women's basketball head coach Nell Fortner thanked the NCAA for exposing its own disparities between men's and women's collegiate sports.

Play in the NCAA women's basketball tournament continues today. Now, the tournament has put a new spotlight on disparities between the men's and women's games.

She thanked the NCAA for using its three biggest weeks to expose exactly how it feels about women's basketball, characterizing it as an afterthought, she said.

She also said that recent instances of disparity, like differences between men's and women's training facilities, were just a snapshot of even bigger issues in women's sports.

NCAA President Mark Emmert says he's calling for an independent review to look at how those disparities involving the tournament even happened.