This Gerber Baby Might Lessen The Stigma Surrounding Down Syndrome 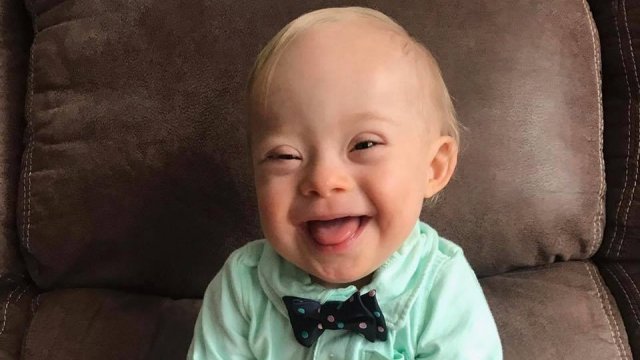 Plenty of people with Down syndrome have been in the spotlight, including Lucas, Gerber's latest "spokesbaby."

A baby with Down syndrome is now the newest Gerber baby. And that's a first for the company's annual contest. Lucas was chosen out of more than 140,000 entries.

Women With Disabilities Are More Than Ready To Be Heard

At the 2018 Women's March Chicago, we talked to women with disabilities about the issues important to them.

Madeline Stuart got widespread attention for her modeling. Chris Burke was the first actor with Down syndrome to be cast on a TV show.

Remember this father's emotional message about what people get wrong when explaining what Down syndrome is?

The Centers for Disease Control and Prevention says 1 in 700 babies in the U.S. are born with Down syndrome.