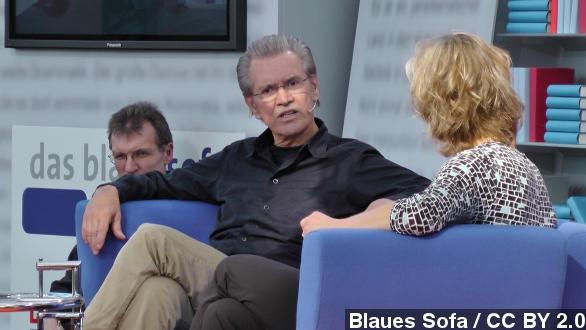 For the first time, ISIS has allowed a Westerner to interview its members in Iraq and Syria, and now he's talking to the press.

A 74-year-old German politician turned publicist and author has become the highest-profile Westerner to meet with ISIS members in Iraq and Syria.

Jürgen Todenhöfer spoke to German outlets this weekend after returning from territory controlled by the terrorist group and said the West may have underestimated ISIS, which wants to "conquer the world." (Video via RTL Television)

On his Facebook page, Todenhöfer describes himself as a former politician, media manager and publicist, and the bio on his website makes no mention of journalism.

Still, that seems to be the role a number of outlets have cast him in — as the "first Western journalist" to speak with ISIS and survive.

But understanding how Todenhöfer sees himself also helps explain why he decided to reach out to ISIS in the first place.

Todenhöfer says on his website that he has spoken with groups like Al-Qaeda and the Taliban in the past because he believes dialogue is the best way to avoid situations like the wars in Afghanistan and Iraq — which he has sharply criticized. (Video via CBS)

As to how Todenhöfer got the chance to visit ISIS, he says it took months of Skype negotiations, and even after all that, he still feared for his life. He told CNN the enthusiasm he saw for ISIS in Mosul was overwhelming. (Video via Radio Stimme Russlands)

Todenhöfer emphasized the military strength he saw in the regions he visited, estimating as many as 5,000 fighters are stationed in Mosul in makeshift barracks across the city. (Video via ITV)

Still, despite the group's strength in Mosul, elsewhere ISIS has been struggling.

"Defense officials here in the Pentagon are describing this at least as a temporary victory," said NBC's Jim Miklaszewski.

Last week it came to light that airstrikes had reportedly killed three mid- to high-level ISIS leaders in Iraq.

And just a couple days ago, Kurdish forces managed to break the group's siege of Sinjar four months after it began.

Todenhöfer says he plans to release more information about his 10 days with ISIS but said on Saturday he was "tired to death."

This video includes an image from Blaues Sofa / CC BY 2.0.